I knew for a week that I had to make a decision, whether I would to carry on the trip or stop. I had a constant argument going on in my head of things to consider:

For stopping: I felt like I had started to make some mistakes and poor decisions, be it from fatigue, sloppiness or just getting too casual. I grew tired of constantly feeling the pressure to keep the trip going with all the bad weather. I was also incredibly bored of rubbish food- it had caused a fair bit of weight loss, possibly too much. I was beginning to feel overwhelmed by the midgy bites, wet kit, lack of good beaches to camp on and the shoulder and neck pain that made sleeping hard.

What is more, I had done approximately 800 miles as I had started at Plymouth (more than I thought my body could sustain) and got to the end of June – my planned end date, so I felt that I had accomplished a lot along this journey.

For carrying on; it was only going to be 3 days more, I  could change my flight. I wanted to properly reach the summit – expecting that this would give me an even greater feeling of achievement. Maybe this would also grant the charities and press a more obvious success story.

Plus I had to consider all the people who were following my trip. I was aware that it was unlikely anybody would criticize me for not completing it, but I still worried that they expected and  hoped for me to push through, as I had signed up for all the struggles I’d mentioned before. 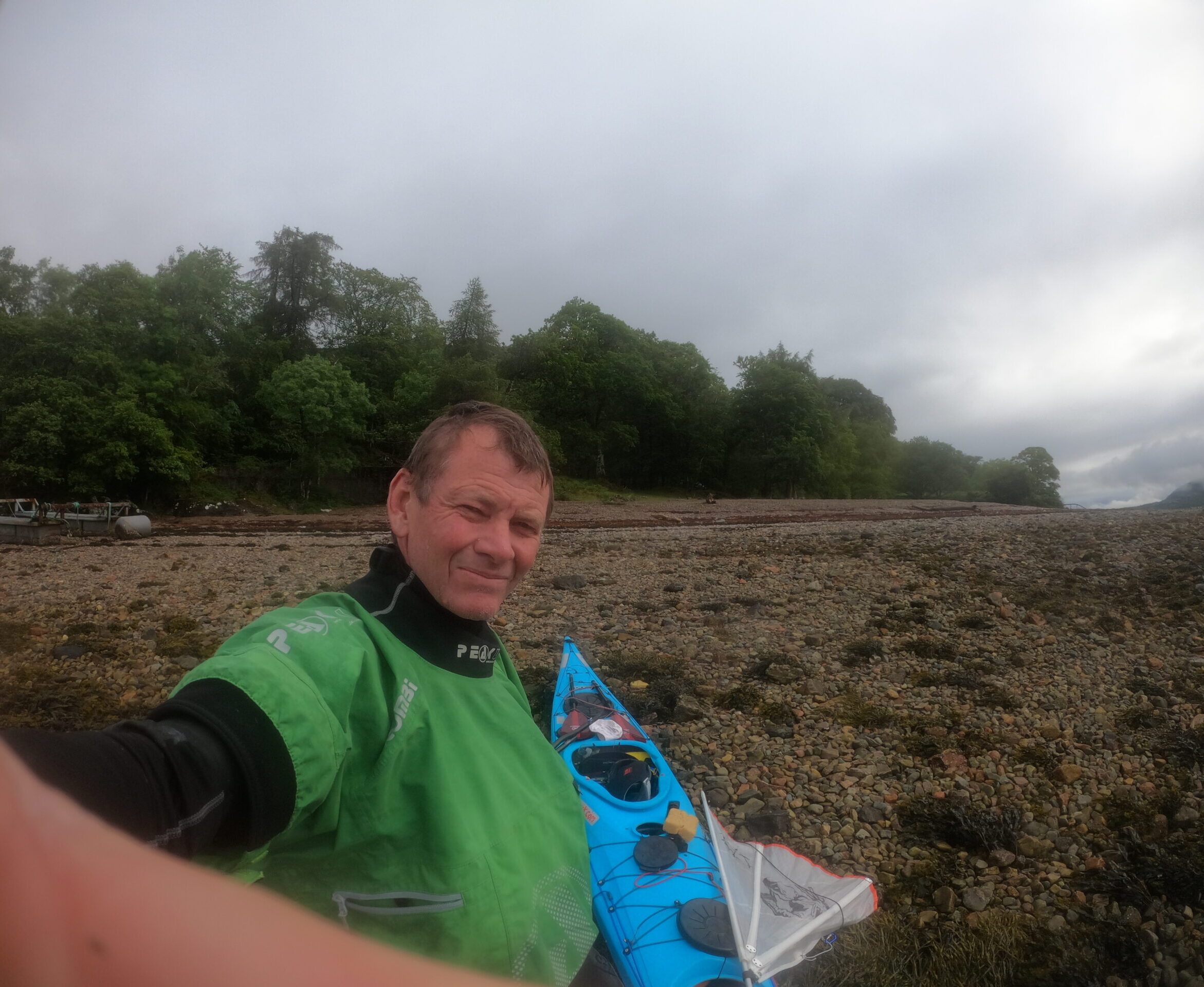 In terms of my mental health, I had to ask myself how I wanted to finish off and remember the trip: enjoyable paddling, followed by a few good days of dolphin watching at Chanonry Point. Or, a frustrating trip to the summit, probably battling bad weather all the way back and ending the trip on a low point.

The final thing I took into consideration was the final message I want to say to other people who might be experiencing a serious mental health crisis. This was the point of the trip in the first place. The trip was for me to rediscover some of my old self, but I could have done this away from social media and blogs. In planning this trip it was important to me to keep everything realistic and for it to reflect a well being journey. I had chosen to make it solo and unsupported deliberately for that reason.

For example, ending every day at a nice campsite put up by a support team wasn’t the story. In the same way I thought about what the end of a mental health journey could be.  Was it a 100% return to everything being the same? Could you regain all your confidence and return to the exact same person? You might do! However, this all depends on multiple factors. How severe your experience was, how long the challenge persisted before help, ect.

In order to go around the ‘roof of Scotland’, I would have needed good stable weather and there were some very tricky sections, for example Cape Wrath. So I checked the forecast. It didn’t look good for the next few days. The problem was that there was a massive low coming in. The forecaster even used the words ‘unseasonably high winds’. Not exactly reassuring…. From my history, I knew it would be just my luck that it would shift my way and arrive earlier than expected.  I could get hammered trying to get back to Inverness.

I had already called the RNLI once to be rescued, and I wanted the rest of the trip to remain incredibly low risk. Inverness was always my planned end point.

If I had gone around the top, John O Groats would just be on the way to the finish at Inverness. Now I needed to paddle past my drop off point. I estimated that if I had fair weather that would take around 6 days, 3 up and 3 back.

I thought back to some of the people that I have met over the years who have also experienced negative mental health. I felt like them, I had to find and believe in alternatives, I needed to change my environment and remove the conditions causing problems. If that meant not getting to the summit, then so be it. In keeping with mountaineering analogies, I tried twice to get to the summit of a mountain in the Pyrenees, once defeated by lightning and once by ice. My next 2 attempts were successful, as the conditions were different, the weather was better.

And finally, recovery takes time. Scotland won’t go anywhere. I can, if I want to, return and go around the west coast another day or even the East coast and complete the navigation.

Finally… The decision was made. I would not go around the ‘roof of Scotland’.

My final message is that it is good to have goals, but they are not everything –  especially if the goal becomes part of the problem. You may need to change the conditions or environment of your life to see alternatives to reach where you want to be. Simply, to find a happy place again.

As part of finding this happy place, I headed back to Chanonry point, and on my first evening a group of dolphins came close to the headland, about 5 meters off the beach. A young calf was breaching just out to sea – fantastic! The sea was really rough, definitely not a day to be kayaking. Did I make the right decision to end the trip? Who knows. The important thing is to be comfortable with yourself and the decisions you have made.

What happened next: On my last night in Scotland. I arranged to stay at Inverness fire station. Not only would this be the end of my challenge but a fitting end of involvement with the fire service. It was then time to head for my flight and back to Bath!